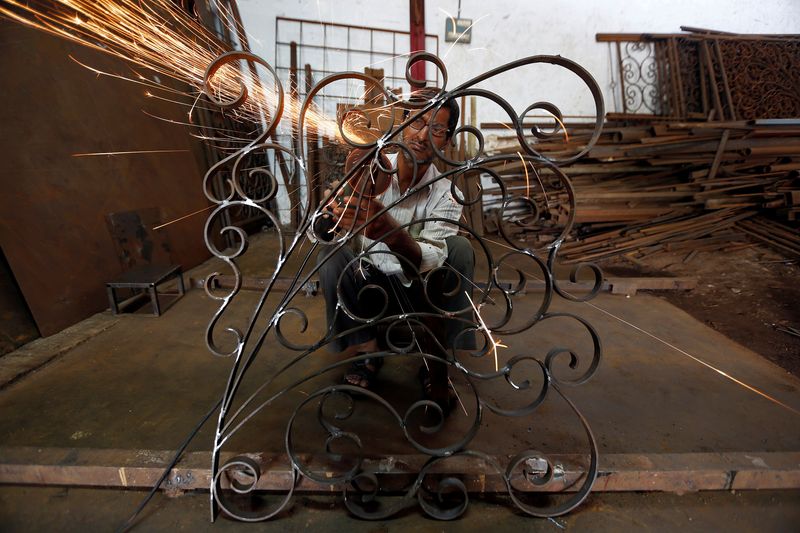 Consumer inflation in South Asia’s largest economy eased significantly in October to 6.77% from September’s five-month high of 7.41%, indicating price rises may moderate and providing some succour to manufacturers.

The Manufacturing Purchasing Managers’ Index, compiled by S&P Global (NYSE:), rose to 55.7 last month compared with 55.3 in October, marking the seventeenth successive month of expansion in manufacturing production across India.

The reading was comfortably above a Reuters poll median forecast of 55.0 and the 50-level separating growth from contraction.

“It was business as usual for goods producers, who lifted production volumes to the greatest extent in three months amid impressive evidence of demand resilience.”

Robust demand, particularly for consumer and intermediate goods, and marketing pushed the new orders sub-index to a three-month high.

International demand rose for an eighth consecutive month and at a similar pace to October.

Input prices rose at the slowest pace in 26 months providing some relief for manufacturers, and also benefiting end-consumers with selling prices increasing at the shallowest rate since February.

This led to an improvement in overall business confidence, with the future output sub-index at its highest since February 2015.

The PMI data could harden expectations for the Reserve Bank of India to opt for a smaller hike at its meeting next week as the previous three consecutive 50 basis point increases start to impact the economy.

Economic growth in India slowed to 6.3% last quarter, much weaker than the 13.5% growth reported in the previous three months as distortions caused by COVID-19 lockdowns faded.