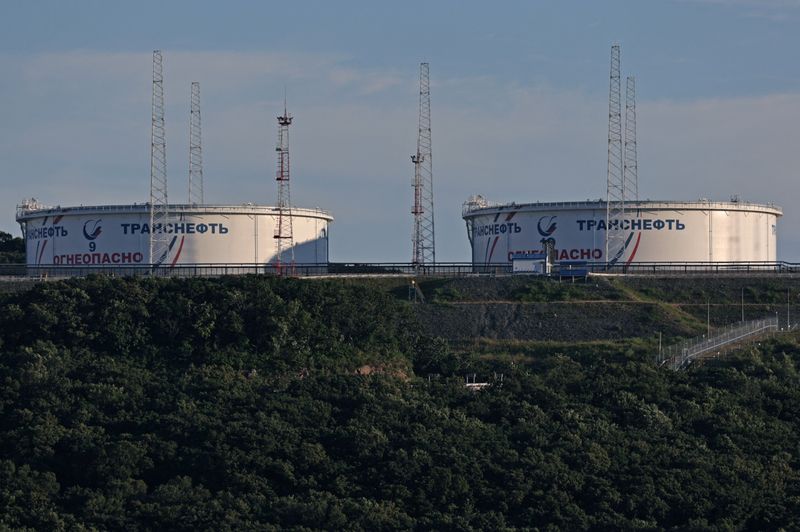 The benchmark oil contracts settled higher by over $2 on Wednesday amid a weaker dollar and optimism over Chinese demand recovery.

“The market remains uncertain about OPEC’s decision, with some expecting a cut while others suggest a rollover of the current deal is more likely,” ANZ research analysts said in a note on Thursday.

The market is also bracing itself for the impact of European sanctions on Russian oil, the analysts added.

The Organization of the Petroleum Exporting Countries and allies including Russia, known as OPEC+, is scheduled to meet virtually on Dec. 4.

The decision to hold its meeting virtually signals little likelihood of a policy change, sources told Reuters on Wednesday, as the group assesses the impact of the looming Russian oil-price cap on the market.

Generally, the mood was lifted by the shift in China’s zero-COVID strategy, which raises optimism over Chinese oil demand recovery.

The Chinese cities of Guangzhou and Chongqing announced an easing of COVID curbs on Wednesday, a day after demonstrators in southern Guangzhou clashed with police amid a string of protests against the world’s toughest coronavirus restrictions.

While fresh outbreaks in China could weigh on activity in the near term, the International Monetary Fund said on Wednesday that there was scope for a safe recalibration of COVID policies that could allow economic growth to pick up in 2023.

Crude inventories fell by 12.6 million barrels in the week to Nov. 25, higher compared with earlier analysts’ expectations for a 2.8 million-barrel drop, according to the Energy Information Administration.

U.S. crude oil output also surpassed 12 million barrels a day, the highest since before the onset of the coronavirus pandemic, the EIA said.

U.S. Treasury’s Yellen ‘practiced and practiced’ her signature for U.S. bills By Reuters