Stocks rallied following Jay Powell on Wednesday. The Fed Chair said nothing new, and that was the problem. Because he delivered nothing new, implied volatility dropped sharply, leading to the volatility-induced rally we have grown to see following the FOMC meeting and Powell’s speeches.

Right now, the market still sees the report as indicating inflation as cooling and the Fed’s job as nearly complete. So nothing new from Powell is a dovish response.

That means everything falls back on to the economic data that comes today and Friday. If the report comes in as expected, it will give a reason for the market to rally more, and if the comes in as expected Friday, it will provide a further reason to rally. Therefore, Powell is banking on that data coming in hotter than expected.

If it doesn’t, then it means Powell took an incredibly big gamble yesterday, risking financial conditions easing sustainability further, which will do a lot to unwind the rate hike increases he has put in place. It is mind-blogging to say that he wants monetary policy to be restrictive and he wants rates to stay higher for longer, but then not back that up with more forceful words. He is instead giving the market room to rally further and for implied volatility to melt.

The only thing that will cause financial conditions to tighten is a hotter-than-expected PCE or hotter-than-expected job report. Outside of that, Powell has given the market the green light to do whatever it wants between now and the CPI report. If that is the case, the guy might as well start cutting rates, because easing financial conditions has the same effect. He really has put it into the hands of the data gods.

The only logical explanation to his tone yesterday is that he knows the data already, and he doesn’t want to risk financial conditions overtightening. Otherwise, it was very odd.

I think the ETF demonstrates that the most, breaking above the upper side of the trading channel is a sign of real rates falling. 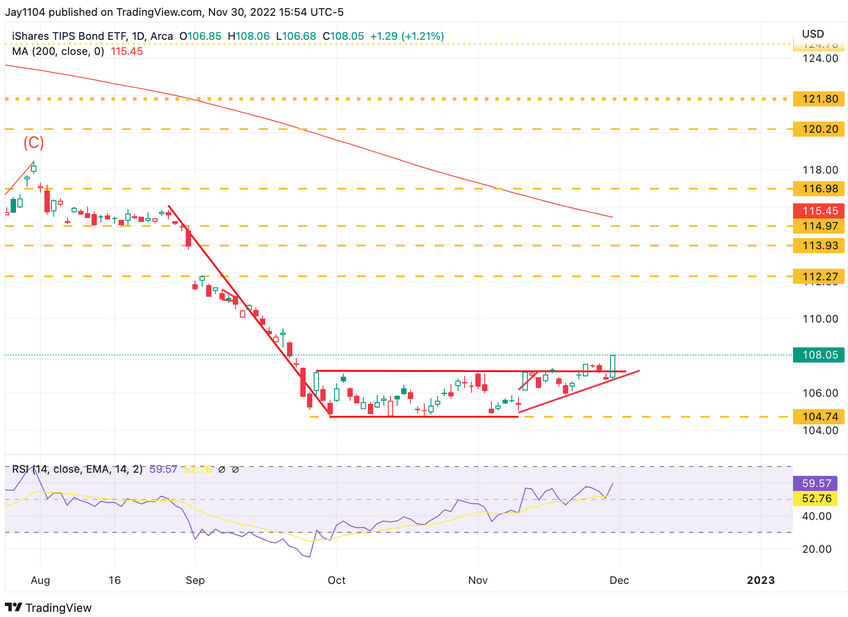 The is also very close to breaking down now, with big support at 105.50. Once that breaks, the dollar index can drop to around 103.40. The US is getting very close to breaking down as well, and if that moves below 4.25%, the next significant level goes to 4%. 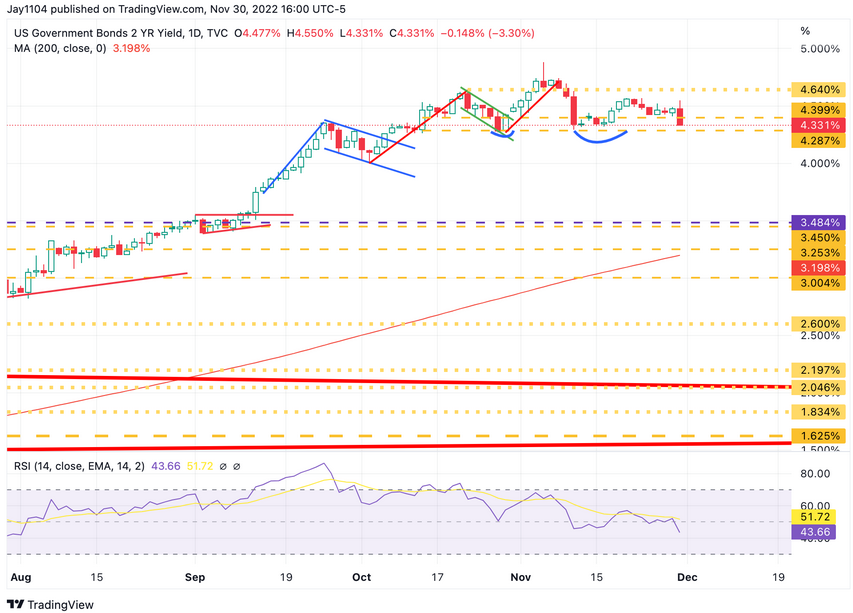 So falling real yields, lower nominal yields, and a falling dollar all suggest that financial conditions will ease, and that will only act to fuel stock prices up, which could serve to push the to around 4,120, filling the gap. 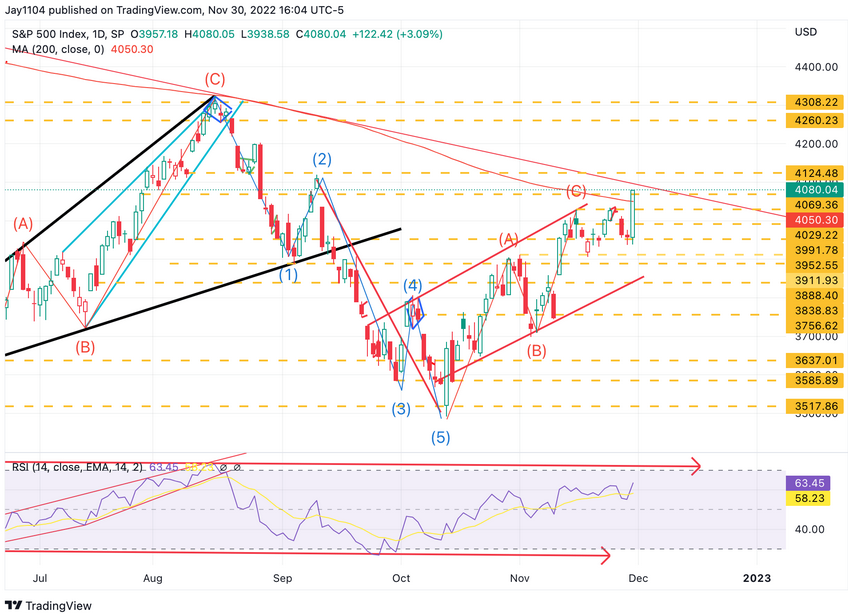 If the PCE data comes in hot, I think it has a very good chance of being hot, given the adjustments made following the cooler-than-expected CPI report. Then, much of this rally will unwind pretty quickly because it will tell the market the Fed still has much more work to do. But right now the market still sees the CPI report as indicating inflation as cooling and the Fed’s job as nearly complete.

As I said, if PCE comes in as expected or cooler, the market has the green light to rally, at least into the CPI report. So it really comes down to the data.