Vale Stock Will Weather the Storm

Vale (NYSE:) is down 27% from its high of $21 in April as the market prices in a deteriorating marcroeconomic outlook. Given the high cyclicality of its primary metal products, such as and ferroalloys, this is somewhat reasonable.

However, Vale is well-prepared to face the coming storm and will likely manage to post attractive profits and return capital to shareholders.

Its financial position is strong and its profitability would have to halve before endangering its 8.8% dividend yield.

At only 3.9x price to long-term earnings per share (P/LTM EPS), the stock is surely worth another look. 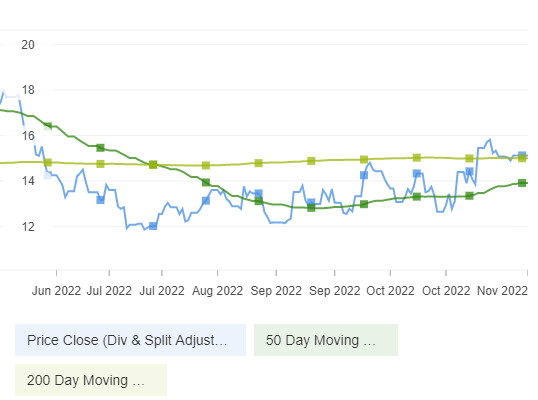 Based in Brazil, Vale is the fifth biggest global mining company by revenue. It explores, mines, and markets raw materials nationally and abroad concentrating in ferrous minerals which account for 90% of sales. The remaining 10% is made up by base metals (ex. nickel) and precious metals (ex. gold).

Vale is exposed to rather high political risk in Brazil, and the government indirectly holds a minor, less than 5%, stake in the company which it has been actively reducing.

The recent election in Brazil is, of course, a subject of great interest. Ex-president Luiz Inácio Lula da Silva (better known as Lula) beat right-wing incumbent Jair Bolsonaro by only 50.9% to 49.1% in the latest presidential elections and is set to take the reins of Latin America’s largest nation on Jan. 1. During his campaign, there were rumors that Lula would raise royalties on certain mining projects—known as a “special stake.” A similar proposal was suggested during the leftist governments of 2011-2016 but was shelved following pushback from the industry.

On the whole, financial markets reacted positively to signs of social peace, political stability, and policies that may boost investment and growth. Analysts are hopeful Lula will push a more centrist than leftist agenda, which will have little impact on Vale. The first indicator of Lula’s true intentions will be his choice of Minister of Economy due to be announced in early January.

The market reacted poorly but the results are simply a reversion to Vale’s pre-COVID levels. It shouldn’t come as a surprise that Vale’s operating metrics are expected to weaken through FY 2023, in line with deteriorating macro headwinds.

Vale’s financial position remains solid, which should safeguard dividend payments so long as the decline is not too severe or prolonged.

In terms of net debt, it is anticipated to reach $10 – $17 billion by year’s end—with $13.3 billion being the mean estimate. With Q3 2022 operating income of $5.15 billion, net debt stands at just-over two times EBIT. This low leverage means Vale is in a good position to deal with any challenges thrown up by any downturn.

Thankfully, this isn’t Vale’s first rodeo. In past recessions, the miner has kept EBITDA margins fairly stable which is a positive for investors worried about dividend payments. Vale’s profitability is consistently above industry. Cyclically adjusted (10-year) annual operating profit stands at ∼$13 billion, so profitability would need to halve to put the 9% dividend yield at risk.

The business is also planning to continue investing, with its capex commitments emphasizing management’s faith in medium-term growth opportunities in the global energy transition.

Iron accounts for more than half of Vale’s revenues so it has benefited from the strong price increases in the metal for the last couple of quarters. However, that is beginning to fade as China seems to be loosening some of its COVID-zero restrictions.

In the mid- to short-term, a weaker global economy combined with mining investment plans that are expected to result in a major increase in production could severely damage iron ore prices worldwide. Also, the ongoing energy crisis raises the cost of mining inputs and equipment. 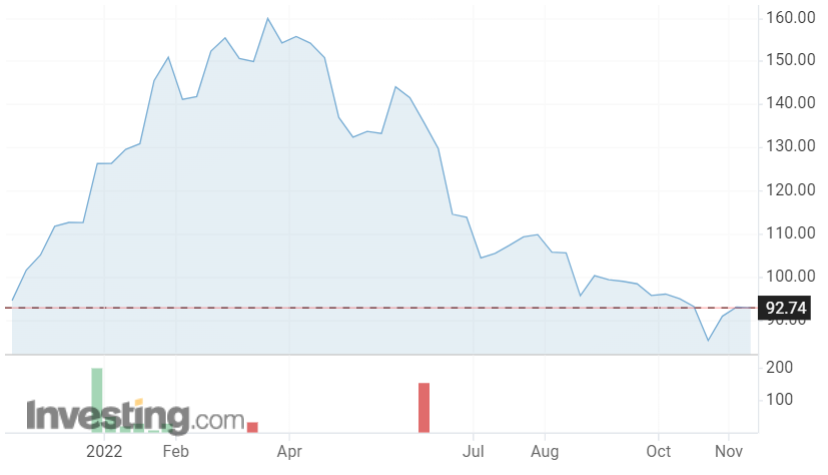 Vale shares have only recently begun to hover slightly above its long-term support of $11.80, last approached in November 2021. Given the very different macroeconomic situation, it is hard to envision the stock price going lower than that support.

After the earnings selloff, the price rebounded to $15.13, yet I believe there is further upside. The mining giant trades at a P/LTM EPS of only 3.9x, compared to a sector average of 9.2x. It’s EV/EBITDA is near COVID lows despite the company having recovered considerably since then.

Vale is well positioned to face any upcoming storm, if it ever materialise. Given the resilience of profit margins in past recessions, one can assume the 8.9% dividend yield will be maintained.

Disclosure: The author does not currently hold a position in Vale. This article is written for informational purposes only. It does not constitute a solicitation, offer, advice, counseling, or an investment recommendation.