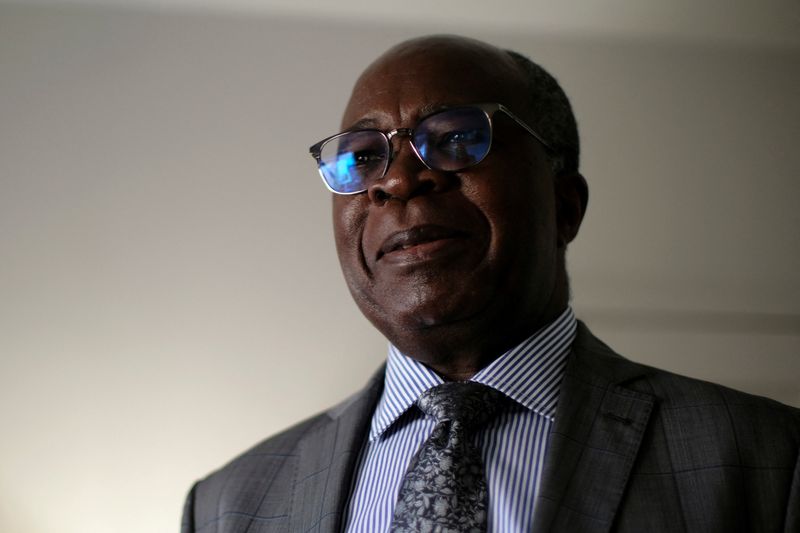 By Rachel Savage and Bhargav Acharya

JOHANNESBURG (Reuters) -Zambia is pushing hard to complete the restructuring of nearly $15 billion of external debt in the first quarter of 2023 and is “in active engagement” with its largest bilateral creditor China, Zambia’s finance minister said in an interview at the Reuters NEXT conference.

Zambia defaulted on its sovereign debt in 2020 and the current government, which took power last year, has been on a quest to restructure its loans and rebuild an economy ravaged by mismanagement under previous administrations and COVID-19.

In August, Zambia won International Monetary Fund (IMF) approval for $1.3 billion, three-year loan programme to help it restructure debts which the government said stood at $14.87 billion at the end of June 2022.

Zambia’s Finance Minister Situmbeko Musokotwane told Reuters China had sought clarification from the Zambian government and the IMF on their debt agreement, he said.

“The Chinese… are asking (for) a number of clarifications, which us and the IMF are providing them,” Musokotwane said.

China wants more clarity on the IMF assumptions on which the loan programme is based, he said, since these are meant to form the basis of the restructuring negotiations between Zambia and all its creditors.

An IMF spokesperson said China and other official creditors have had a number of technical questions since its staff report and Debt Sustainability Analysis for Zambia’s programme request were published.

“This technical due diligence is currently ongoing. Fund staff is trying to facilitate that process so that technical issues can be resolved and negotiations can continue to progress,” the spokesperson told Reuters.

Zambia’s much-delayed debt restructuring is seen by analysts as a test case for what are expected to be a spate of defaults in poorer countries that have borrowed heavily not only in the capital markets but also from countries including China.

IMF strategy chief Ceyla Pazarbasioglu said Zambia’s debt restructuring was the real test case for the Common Framework, set up in late 2020 by the Group of 20 major economies.

At the end of 2021, Chinese creditors accounted for almost $6 billion of Zambia’s external debt, which was then $17.27 billion.

Zambia’s government said earlier this month that the Export-Import Bank of China (EximBank) was representing China on the bilateral ‘official creditors committee’.

China’s Ministry of Foreign Affairs did not immediately respond to a request for comment.

Musokotwane added private creditors were cooperating well in debt relief discussions and there had been a bondholder meeting this week.

Zambia’s government said in October it needs a present value debt reduction by 2027 of $6.3 billion, or 49% of the debt being restructured, to meet IMF targets, a level some international bondholders have previously said would be unacceptable.

Musokotwane also said he hoped to make an announcement by the first quarter of next year about potential new investors in Konkola Copper Mines (KCM) and Mopani Copper Mines (MCM).

“We are hoping that by first quarter of next year we should be there with some of them. And also some of the new investments that are coming from the U.S. and other places,” he said.

Zambia’s previous government put KCM into liquidation in 2019, triggering a legal dispute with its parent company, Vedanta (NYSE:) Resources, that is now being settled out of court.

Zambia’s state-owned mining company ZCCM Investments Holdings took over MCM in 2021 from commodities giant Glencore (OTC:), which mothballed its operations in 2020 due to weak prices.

The government is aiming to treble copper production to 3 million tonnes per year within the next decade in Africa’s second largest producer of the mineral.

To view the Reuters NEXT conference live on Nov. 30 and Dec. 1, please click here.